An office park near Lisbon that was ground-breaking at the time it was conceived 30 years ago, celebrated its 30th anniversary last week.

Quinta da Fonte – in Paço de Arcos in Oeiras municipality — was one of the first modern integrated office parks in Portugal conceived along American lines when it launched.
Today, with further investment, it has evolved from the traditional office park concept devised in 1993 into a Business Ecosystem for the 21st century with 50 national and international companies, shops, a post office, gym, restaurants, cafés and leisure areas. In effect, it has become a community.
Oeiras Mayor Isaltino Morais was in charge of the council back then when Quinta da Fonte was launched.
On Thursday, he joined the most notable figures involved in the project over the past 30 years to cut the cake, including: the master planning architect Mário Sua Kay; the gardens and park landscaper, Richard Westcott (whose Algarve based international company also celebrates its 30th anniversary); Fátima Perdigão who from the outset managed the office park for Pramerica Real Estate Investors (Portugal); Hans Koster, who together with the CEO of development group Aranas, Lars Carlson were the ‘godfathers’ of the concept; Toni Elias, Sixth Street, Matthew Walker, Managing Director (Europe) of Acacia Point Capital Advisors (which now explores the park) and Luís Rocha Antunes, Partner and Managing Director of Acacia Point Capital Advisors Portugal.
Matthew Walker, Managing Director (Europe) of Acacia Point Capital Advisors, paid tribute to the original visionary for Quinta da Fonte, Hans Kosters when he saw the potential for an office park on a tract of land dominated by an old farm estate “before the A5 motorway had even been built”.
“Hans decided that this would be the perfect international location for an office park and that took immense vision. He was supported by Mário Sua Kay, the original architect of Quinta da Fonte, Jame Cole from the UK who was part of the development of Phase II of Quinta da Fonte in the early 2000s and Fátima Perdigão the original manager of Quinta da Fonte who contributed immensely to the original tenants coming in to the office park”, he said.
Walker also paid tribute to Richard Westcott whose firm Jardim Vista has been managing Quinta da Fonte’s horticultural needs for 30 years, particularly over the past three-four years when Acacia has invested heavily in improving the landscaping to create more green leisure areas.
The Mayor praised the business park by saying that the development and transformation of Quinta da Fonte over the past 30 years had shown what could be achieved when people had a vision, believed in themselves and knew what they wanted”.
“When planning the future, you don’t just think about the present. The reality is that Portugal is a poor country with a weak political class; one that doesn’t take the long view and only thinks about the next elections. But we have always had a vision for the future in Oeiras. Quinta da Fonte is a project which was conceived, designed and continues to be developed with an eye to the future”, said Isaltino Morais.
And continued: “When I welcomed a committee from San José, California (Silicon Valley) to visit the municipality and Quinta da Fonte, the Mayor of San José said: “We too have business parks in the United States; but better than this, we don’t have!”
The mayor also said Quinta da Fonte, its designers and its companies were “pioneers” and had raised the bar in terms of quality of living and working by creating gardens and open spaces for events and entertainments, using the public spaces both inside and outside of working hours, and creating a community and a life for the park which combines social, leisure and entertainment aspects.
Quinta da Fonte comprises 22 buildings covering 80,000 m2 and 3,500 parking spaces. Today it is home to some of the world leaders in biotechnology, medical diagnostics, pharmaceuticals, engineering, financial services and technology.
In August 2021 the office park was subject to one of the biggest real estate deals of that year when 15 building were acquired by the British asset management company Sixth Street in partnership with Acacia Point Capital in a deal in which saw the previous owners Signal Capital net €150 million from the sale.
Signal Capital Partners had bought several buildings covering 10,000 m2 in Quinta da Fonte in 2018 but in 2020 the acquired buildings were refurbished and modernised in a multi-million euro investment.
At the time Maria do Carmo Pais, Senior Asset Manager for Acacia Point Capital Advisors (Portugal) had said: “We are committed to modernising and refurbishing this office park building on its unique architecture, quality buildings, attractive green spaces and strategic location.
“Now we have a new management philosophy, bringing the various stakeholders together for the common good and which is already paying dividends”.
During the 1990s, when Quinta da Fonte was the first modern office park of its kind in Greater Lisbon, the real estate consultants Cushman & Wakefield was responsible for commercialising the offices and placed big international names there such as Proctor & Gamble, Bristol Meyers Squibb, Merck, General Motors, Ericsson, GE, Hewlett Packard and Holmes Place, among others.
Furthermore, C&W also sold some of the buildings on behalf of national and international funds such as Pramerica Real Estate Investors which had nine buildings at Quinta da Fonte that it was managing for the fund IVG which today is one of the major real estate companies in Europe and manages assets worth €18.7 billion in 18 locations. 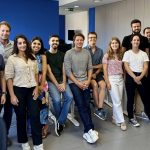 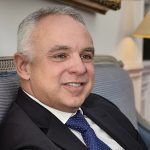 20% of French wouldn’t mind moving to PortugalNews, Real Estate, Relocating
This website uses cookies for a better browsing experience, in continuing browsing you're accepting their use. Read More