It is the first of many international airlines which will begin operating daily flights to Portugal’s second city this year, according to the Portuguese airports authority ANA.

“There are several companies planning to begin daily services to Porto, but I don’t want to let the cat out of the bag, except to say they are big international airlines and will be announced this year,” said ANA – Aeroportos de Portugal CEO, Carlos Lacerda.

“United is the third largest airline company in the world with an extremely strong network in the US and this service will be daily which is extremely important because in addition to tourism, it will also provide an opportunity to the region for business, Porto and the north being the most industrial area of the country,” says Carlos Lacerda.

Porto currently has the airport with the greatest potential for international growth with a number of investments planned to up its capacity in a bid to promote the city’s internationalisation.

“Without airport capacity restrictions (which is not the case for Lisbon) we want to attract more airlines, create new destinations and up route numbers, including to the same country destinations as well as frequency of service,” adds Carlos Lacerda, pointing out that Francisco Sá Carneiro airport is the most important airport for the North-West of the Iberian peninsula, including Galiza. 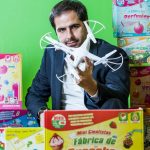 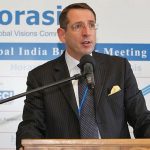 Business leaders and investors meet in CascaisNews
This website uses cookies for a better browsing experience, in continuing browsing you're accepting their use. Read More