“Portugal has become a key market for Enterprise Ireland”

Portugal and Ireland’s common strategic vision for innovation in energy and smart cities was the theme of the first Sustainability Forum organised by the Ireland Portugal Business Network (IPBN) held on St. Patrick’s Day at the Portuguese Chamber of Commerce in Lisbon.
The half-day event which featured the special attendance of the Irish Minister of State for Food, Forestry and Horticulture, Andrew Doyle TD and the Irish Ambassador to Portugal, Orla Tunney was well attended and featured a top-calibre panel of experts and leaders in their field including Tomas Moreno, Head of Transformation at EDP Innovation (EDP’s Innovation Ecosystem), Professor Brian Norton, Technical University Dublin (Sustainability: Urban Energy Innovation) and Pedro Alves with Anabela Bento, ISQ (Decarbonisation of Industries and Cities).
A number of client companies also participated including Gerard Kissane, Sales Manager, Spain and Portugal, ACMS (ACMS Platform – Make the most of your IoT data), Pedro Raio, Aspire Technologies Portugal (Reducing the energy footprint in Telecoms) and Bruno Cunha, Taoglas (Taoglas – Innovative IoT Antennas).
Minister Andrew Doyle said he was very encouraged when the Ireland Portugal Business Network was established at the prospect of further collaboration from Irish companies and their Portuguese counterparts for 21st century solutions to 21st century challenges.”
In what was the first time attending one of the IPBN’s events, he said he would be sure to inform the Irish Government through the Agriculture, Food and Marine Minister Michael Creed of the network’s tireless efforts and hard work in increasing trade between Portugal and Ireland in supporting the economic recovery that both Ireland and Portugal were undergoing and in supporting both countries in penetrating new markets in the age of Brexit.
Enterprise Ireland is the trade and innovation agency of the Government of Ireland and invest in the most innovative companies across multiple high-tech industries internationally driving sectors such as medtech, high-tech construction, fintech, agrotech ICT and emerging technologies.
“Today across the globe we are bringing the Irish advantage to customers, for a small country we are delivering a big impact to many evolving industries, including waste management, IoT and connectivity for Smart cities.
To discuss Smart cities was David Cunha, from Lisbon City Council (City as a Platform), Graham Currier, COO Dense Air (From Dublin to Lisbon – Enabling 5G Networks where it matters), João Faria, SmartLampPost.com (Smart Lampposts), Maria Rodrigues CTO, Lisboa E-nova (Smart Energy Transition in Lisbon), Sergio Guerreiro, Director, Knowledge Management and Innovation, Turismo de Portugal (Towards a Sustainable Destination – From Strategy to Action).
“As a response to Brexit, Enterprise Ireland is to diversify its exports strategy by increasing client exports to the Eurozone by around 50% by 2020,” said Doyle.
Doyle stressed that Portugal has become a key market in that strategy for Enterprise Ireland and the client companies it works with. The reasons are obvious: Brexit poses risks and opportunities and despite the uncertainty, Irish companies, like Portuguese ones, can, are and should be taking immediate action to mitigate the potential risks and position themselves to take advantage of the opportunities.
When exporting and importing between Portugal and Ireland there are no tariffs or customs procedures while Tourism Ireland has been working hard to encourage more visitors to visit Ireland.
The two governments work closely together on a number of issues, particularly within the EU context Irelands GDP in 2018 was $376Bn against Portugal’s $238Bn. Ireland’s total debt stood at $227Bn against Portugal’s $274Bn.
According to the latest AICEP figures, the balance of trade between the two countries represented 0.4% to Ireland of Portugal’s total exports in 2015. The value of Irish exports to Portugal grew 15% in 2015 on 2014 with exports of pharmaceuticals (25%) and organic chemicals (20%) followed by optical and photographic equipment (10%), cosmetics and perfumes (7.1%) and machinery and parts (6%). The total value of exports to Portugal in 2017 according to Trading Economics stood at around €525 million while imports from Portugal were shy of €300 million.
Agrifood and tourism are Ireland’s two biggest export commodities “We cherish it because it creates employment in rural areas and Ireland exports 90% of all the food and drink it produces to 180 countries worldwide.
Between 2010 and 2018 the value of Ireland’s agrifood exports worldwide increased from just over €8Bn to €13.6Bn — a 70% increase in what was the worst recession in modern times. Ireland has ambitions to increase the value of its exports in this area to €19Bn by 2025.
But what differs between Portugal and Ireland is Ireland’s capacity to attract direct foreign investment through a tax-friendly environment which, on the one hand enables it to increase exports and, on the other, create a high number of jobs as well as attracting a significant number of multinationals based in Dublin and Cork.
In fact, Ireland is the European hub to over 1000 leading multinationals including giants such as Google, HP, Apple, IBM, Facebook, Linkedin, Twitter, Pfizer, GSK and Genzyme among others. 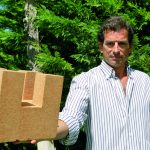 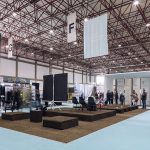 Exponor unveils new private brandNews
This website uses cookies for a better browsing experience, in continuing browsing you're accepting their use. Read More