Portugal on the best retirement list for US citizens

Portugal has been chosen by Forbes as one of 24 countries worldwide considered the best place to retire for US citizens.

It joins countries like Argentina, New Zealand and the Philippines as good destinations for retired Americans.
Forbes evaluated the cost of living, the quality of healthcare provision, taxes, political stability, flights to the United States and ease in obtaining legal residence.
Forbes chose Argentina because of its vibrant culture and health care facilities, although the magazine admitted there was a tax problem since there was no tax agreement between the two countries.
Belize was selected because of its warm climate, Chile because of its good and cheap healthcare, Costa Rica for its beaches, Croatia for its low cost of living and Ecuador because it allowed retired foreigners to use its national health service.
Spain was on the list because of its climate and good quality healthcare and Portugal because of its warm but agreeable climate, its relatively low cost of living and good healthcare provision.
Regarding Portugal, Forbes also noted that there was no significant language barrier for US pensioners while the crime rate was low.
Furthermore, Portugal has a tax agreement with the United States as well as having frequent flights but the lack of direct flights to many US cities could be a disadvantage.
Forbes highlights the Algarve and Lisbon as the two most attractive places to live in Portugal with 400 US citizens choosing to live in Portugal between January 2017 and August 2018. 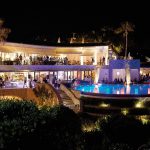