Since taking the reins at Altran Portugal in 2009 the multinational specialising in Engineering and R&D services (ER&D) has enjoyed spectacular 30% year-on-year growth and has just launched a centre for Analytics and AI technology.

Célia Reis is not your the run-of-the-mill stereotypical CEO. There is no boardroom stuffiness, grey dress code or serious demeanour here. Her eyes are wide and sparkling and when she talks she roars with that rare kind of laughter that is infectious.
Appointed as CEO of Altran Portugal in 2009, it is not the fact that she is one of that rare breed of women engineers fronting one of Portugal’s most cutting-edge technology companies that is important here — and heaven knows there needs to be more women at the top in this country — it is rather that whilst meaning business, she goes to show that science, technology and engineering can be inspiring, passionate and fun.

Exponential growth
Since taking the helm, Altran Portugal has enjoyed the type of year-on-year growth that most competitors here can only dream of — 30%.
“We clearly demonstrated that it is possible to achieve sustainable aggressive growth. When you enjoy a 30% growth to become the size that we are today, we have proved that this was a formula for success despite what many analysts and economists might say,” says Reis.
“It involved a huge amount of work, it required an extraordinary and diverse team, and I count myself lucky to have such a professional and highly-skilled and specialised team. Above all, it requires stability and the freedom that the Altran Group as given me over these past 10 years to develop our own vision in line with that of the group,” she adds.
Célia Reis says that she had her teams have succeeded in transforming the company in Portugal and yet admits that to do so is seen by the experts as extremely challenging.
“Dramatic change whilst growing your turnover and client base at the same time is perceived as a bottleneck. Yet we’ve been able to cope with the demands of the market, our clients and of our own internal requirements from our own people,” she explains.
And continues: “The company was and is growing and designed to be demanding which for a company like ours at the forefront of technology is vital. You need to be able to transform technology processes and mentality.” Célia Reis stresses.

Tessella World Class Centre for Analytics
Tessella is an international data science, analytics and AI technology consulting services provider which partners with clients to build digital business capabilities that connect people and data intelligently.
It provides a wide range of services in AI & Data Science, Digital Landscape, Systems & Data Engineering and Application Management across a broad landscape of clients in tech-driven sectors such as aerospace, automative, consumer goods, engineering, financial services, life sciences, defence, oil and gas, science research, railways, shipping and communications. Tessella has centres in France, Italy, Holland, Spain, Germany, the UK, the United States and now Portugal.
In Portugal it has launched two Tessella offices in Lisbon and Porto dedicated to data science and artificial intelligence to respond to the growing market demand in these areas. The 35-strong Portuguese teams will operate as part of Tessella, the Altran World Centre Analytics, joining an international group with over 350 data science experts.
“This launch in Portugal is really important for us in several domains, not least because Artificial intelligence (AI) will be the key to the future,” says Célia Reis.
Tessella is part of the Altran Group, a global leader in Engineering and R&D services (ER&D) following its acquisition of Aricent, the California and India-based R&D company which was purchased by Altran earlier this year.
For 30 years the company has provided expertise, not only in the aforementioned sectors, but through this acquisition also to areas involving semiconductors, digital experience and design innovation. Combined Altran and Aricent generated €2.9Bn of revenues worldwide in Q1 of 2019, employing 47,000 in 30 countries.
In the Portuguese market since 1998, Altran Portugal has over 1200 employees with a stated aim of “contributing to contributing to the country’s modernisation and wealth in the technology spheres.
In terms of revenue for its Iberian operations in the first quarter of 2019 it turned over €13.7 million in Portugal and €58.8 million in Spain – up 34.3% in Portugal on the same quarter in 2018 – while in Spain, despite reporting higher turnover due to the size of the market, Altran recorded more modest growth at 12.6% compared to Portugal for the same period.

Freedom to delegate
One challenging aspect Célia Reis has faced as a CEO in Portugal is the working culture and mentality.
“I would say that when you have grown like we have from a relatively small company here in Portugal in a relatively short space of time you need to change the way things are controlled and managed,” she says,
“And of the reasons we’ve been successful is the freedom we give our teams and the decentralising power the main company offers us. Agility is key, and by this I mean walking the walk and talking the talk. In our small teams the team managers really need to be in charge and independent. Of course, they cannot decide everything alone, but after a decision has been made the managers need, at short notice, to have the availability to deep dive* and our job is to see how we can support them,” explains Célia Reis.
Reis says it is “difficult” because it means power over distribution, not to mention being time consuming. “You often put part of your personal life and heart into it because you need to be able to ‘deep dive’ and support their team in this AI transformation, while sticking close to the client’s ongoing aims,” she explains.
Célia Reis points out that in AI and analytics, Altran’s aim is to be the “best in the market” in these specific domains and for that “you have to have a comprehensive technological stack,” meaning a combination of front-end and back-end software products and programming languages for web and mobile application creation in AI and cybersecurity areas.

A specialised team
The dedicated team of 35 specialists and the infrastructure around them have integrated training programmes developed with universities in Portugal. An example of this is the 15 PhD graduates that it is contracting for its offices in Porto, Lisbon and Fundão.
“These professionals will join our R&D teams working on highly complex projects for international clients in cyber-physical systems, autonomous driving, infotainment, artificial intelligence among others,” Reis says.
These specialists are typically in areas such as Information Technology Engineering, Aerospace Engineering, Biomedical Engineering and Physical Engineering from university faculties of science and technology like, in this case, Lisbon’s Nova University.
“They will attend a month-long specific technical on-boarding process in which they are introduced to the company, its procedures, products and the industry-specific areas in which they will be working,” she explains.
“This means getting them acquainted with our infrastructure so we have the machine ready and this facilitates our capacity to grow and really be able to jump in and meet our client’s specific needs,” she adds.
Not only must these teams be able to be in alignment with and reinforce targets, but also create a strong minimum critical mass allowing the company to address market demands in a very agile, credible and concrete way.
“We have the machine infrastructure and the ability to build more, integrated with the universities to deliver industrialised artificial intelligence.” Reis continues.
Célia Reis explains that it is one thing to have a prototype machine running in the laboratory, and another thing to take this prototype and develop, adapt and test it and then integrate it into whatever solution has been created for the specific client company involved.
“If you go into a health or life science industry company with a solution, the company needs to be able to work with the complex algorithms required in a professional enterprise ecosystem.”

Women engineers
Celia Reis says that at high school level, studying engineering is fairly equally distributed between the sexes until university entry level.
“University means choice-of-life decisions as a professional in society, but there is still stereotyping that engineering is more for men and life sciences more for women. I invest time going into high schools and talking about the opportunities for young people of both sexes to work in these areas which traditionally had been male dominated.”
The CEO admits that with so much on her plate she, like Margaret Thatcher once did, suffices with just four or five hours of sleep a night, but believes that in terms of women engineers and performance Portugal is doing well and catching up fast with other countries. Reis also says that Portugal should not act alone when it comes to AI investment strategies and supporting the development and growth of startups in the field.
“Big investors will not be hunting in Portugal, but in larger European markets. They need scale of market and know from their statistics and research the percentage of startups that fail and those that survive” Reis says.
And points out: “Europe needs to get organised in these new technologies to attract big investors and for that we need a strategy at a European level with some public funding so we don’t lose them to the United States” Reis says echoing the opinion of EU Commissioner for Science, Research and Innovation, Carlos Moedas.
“What I tell school children is that the market is changing and when we have Europe acting as a single European block rather than lots of small individual markets, we will be able to finally attract the big investors for our startups ecosystem that are in our incubators.
“Now we have very good concrete examples of fairly new companies like Unbabel, Farfetch, OutSystems and WeDo Technologies that have demonstrated it is possible to attract big investment and international clients,” the Altran Portugal CEO concludes.

*Deep-Dive™ is the name of a business technique used to rapidly immerse a group or team into a situation for problem-solving or idea creation. This approach is often used for brainstorming product or process development. 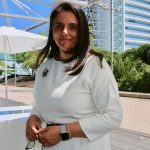 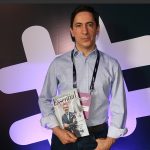 Startups funded by Venture Capital not banksNews, Technology
This website uses cookies for a better browsing experience, in continuing browsing you're accepting their use. Read More