In its mid-year results published on Monday, Banco Best highlights “prudential ratios” and a “very solid base,” namely a robust deposits to credits ratio of 24.4%, a ratio of overdue loans of 0.14% and a Core Tier 1 capital ratio of 42.7%.
The bank also underscored “stability of own capital returns of 6% and an improvement in cost-to-income ratio, not including the results from offloading other assets, from 66% to 65%.
In the first half of the year, Best grew 7% like-for-like in terms of customer deposits, with €580 million from assets under management of €2Bn.
“This increase in deposits was seen exclusively at a current accounts (+15%) with a reduction in the amount of fixed term deposits as a consequence of low interest rates and little interest in traditional savings accounts” states the bank in a communiqué.
The bank also states that: “there was significant demand from investors for bonds” with Banco Best taking part in the dispersal of bonds made available by airline TAP, football club SAD Benfica and TV and media group SIC).
According to the CEO of Banco Best, Madalena Torres, quoted in the communiqué, “the first half of 2019 closed well, with positive results and sustained growth momentum”. In 2018 Banco Best profits had increased 18% to €3.6 million. 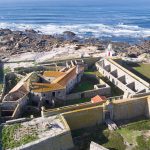 Fort to be sold for developmentNews 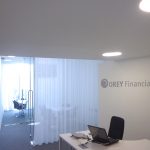 Bank of Portugal strips licence from Orey FinancialNews
This website uses cookies for a better browsing experience, in continuing browsing you're accepting their use. Read More