The Bank of Portugal has announced that it has stripped its licence from Orey Financial to operate as a financial institution.

The decision was published over the weekend because it does not attract deposits or have a significant presence in the market.
In a statement issued over the weekend, the BdP states: “The Bank of Portugal has prohibited Orey IFIC from taking on new responsibilities from third parties and to make payments (except for current expenses), without authorisation from the Bank of Portugal, thereby safeguarding the rights of its clients and creditors.”
The institution led by Carlos Costa also stated that it had presented a request to the European Central Bank to “revoke the licence from Orey Financial – IFIC, S.A. (Orey IFIC) to operate as a credit financial institution.”
The Bank of Portugal justifies its decision on the grounds that; “this instituttion is not attracting client deposits and does not have a significant presence in the market.”
The Portuguese markets commission CMVM also issued a statement in which it has ordered restrictions on Orey Financial including a prohibition on capturing new clients; opening new accounts or accepting pecuniary deposits and/or financial instruments.”
Current clients of Orey which include the Regional Government of Madeira for which it provided financial services, will be able to continue to transfer its assets to other institutions.
Orey Financial has a market share of less than 0.0015% and requested of the Bank of Portugal the recision of its IFIC licence on 31 May, 2019 and the cancellation of its CMVM authorised services licence on 4 June 2019.
Given its difficulties, Orey Financial owner Orey Antunes has succeeded in obtaining a stay of interest payments on bonds which mature in 2031 worth €30 million for a period of one year. 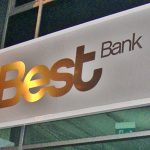 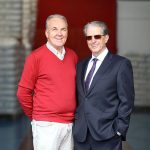 Plasticband buys CintexporNews
This website uses cookies for a better browsing experience, in continuing browsing you're accepting their use. Read More