Portugal’s environmental agency has given the go-ahead to Lisbon’s new second international airport at Montijo on the South bank of the River Tagus.

However, the APA has imposed a set of conditions, most of them environmental, which would imply an outlay of €10 million.
The Portuguese national airports authority ANA, which runs the country’s airports, has until Wednesday 13 November to reply.
The steering group appointed to evaluate the Environmental Impact Study has listed its concerns under three main areas: birdlife, noise and mobility.
Regarding the first, the experts have stressed the need to establish a financial mechanism to manage the affected area which would be managed by the ICNF – Institute of Forestry and Nature Conservation.
The initial up-front sum suggested is €7.2 million, but a yearly management fee of €200,000 would be required thereafter.
To mitigate the impact of noise pollution which would affect the residents living in the area of the airport and directly beneath the flight paths, the experts are calling for noise insulation which could cost a further €15-20 million.
On the issue of mobility, emphasis would fall on accesses on the Vasco da Gama bridge as well as river ferry links where infrastructure support would be given to the company that runs the River Tagus ferries, Transtejo.
With an increase in traffic of 20 million passengers when the airport is operating at maximum capacity the APA is insisting on new roads to Vasco da Gama bridge and additional river ferry services with ANA being called on to stump up several million euros for two boats exclusively allocated to ferry passengers and staff serving the airport between Cais do Seixalinho and Lisbon.”
There have already been a number of reactions, the first being from the Zero Association and the Civic Airport Platform, the latter which stated that the project wouldn’t be a good one even if the investment on compensatory measures was €480 million.
The European Union has stated that it would slap an injunction on the Montijo project over what it called a lack of a thorough study which would validate Montijo. The environmental group Quercus called for “strict attention” in ensuring the application the measures although it stated that the Montijo solution wasn’t the best one. 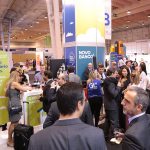 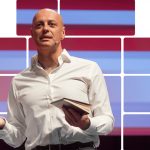