Portuguese Euro MP Paulo Rangel blasted the government last week for “doing zero” to support companies and citizens in the event of a hard Brexit.

Mr. Rangel accused the government of being “unprepared” for Brexit during a debate on Friday on ‘Europe and the New Global Balance’ hosted by the International Club of Portugal.
“Brexit is a tragedy from a geopolitical point of view because the UK, independent of whether we agree with its decision or not, acted a great moderator and counterbalance between France and Germany and we need that balancing force” said Mr. Rangel.
The UK represented for the Portuguese through its long-standing historic alliance, a balance against Spain, Germany and France, the “larger Atlantic trading nations” which had begun the process of globalisation. But as he has said many times in the past, Brexit was not the fault of the EU or Brussels, but rather the force of today’s globalisation and digitalisation which had created an info-included and info-excluded society.
But Rangel also blamed David Cameron’s decision to hold a referendum for encouraging separatist ambitions within the EU.

A trigger for national ambitions
“When a politician speaks today to his country he is being heard in other countries. When Cameron pointed out the worst of Brussels to the British electorate in order to get more autonomy for England, what he said was heard and interpreted by the Scottish and the Catalans as independence. Statements like this are heard differently depending on the audience in the auditorium”.
“If Brexit goes ahead, this could mean Scottish independence and the end of Scotland in the UK and if this happens what will be able to stop Flanders, Catalonia and the Basque Country”, he added. This, he said, had an impact on Portugal because its two greatest allies were Spain and the United Kingdom.
“We have to think very carefully faced with a possible reconfiguration of the Iberian map. Brexit is a tragedy for the European Union, but for Portugal it is a geopolitical tragedy. Who represents the Atlantic dimension of the European Union for Portugal? — The United Kingdom. If the UK disappears from the EU who is going to be the strong voice. We don’t have the clout they have. Sweden, Denmark, Ireland, Holland, Belgium and Portugal are termed the medium Atlantic countries, all outward looking maritime nations and for us the UK is fundamental. These countries will be delivered to France and Germany or, in our case, Spain.”
Brexit, said Rangel, was a question of loss of mistrust. “The UK never held total good faith in Europe. It initially joined with some good faith, but always had a foot in and a foot out. It managed to get most of the benefits and not so many of the bad things. But the British never felt comfortable with continentals.”

Chaos
“If we witness a hard Brexit as is expected on the 31 October, without any kind of agreement, this will cause chaos not just in terms of aviation and international air space, but also road traffic with talk of queues of 48 or 72 hours at borders according to the British Government’s own reports, so one can expect a period of adaptation which, in the very least, will be chaotic bringing very negative consequences to the wellbeing of whole populations and not just those in the United Kingdom”, said Rangel.
The Prime Minister of Ireland, Leo Varadkar stated recently that a post-Brexit trade deal could take years to set in place, while US Vice President Mike Pence who was on a two-day visit to Ireland urged Ireland and the EU to “negotiate in good faith” with the UK.
Rangel believes the mid-sized Atlantic facing countries should have a common strategy and could have done a little more to make life easier for the UK in this respect. “There has to be a number of mutual concessions”, he said.
“Obviously, to negotiate an exit it can’t just be about the divorce, it must be about the future relationship and how we’re going to work together afterwards. We should be more flexible with the United Kingdom and not hold a vengeful grudge against it”, he stressed
“I am the greatest critic of the British position and of Boris Johnson and I think Brexit was a grave error on the part of the British, but given the circumstances we could have adopted a more intelligent strategy. Many await and few have high hopes.”
“We have to have a number of alliances so that we don’t end up being dependant on a few specific countries (namely Germany, France and Spain). This has to be our strategy”, he said.
The European Union, he said, does not have any interest in setting in train an independence agenda for Catalonia, but this could happen. But the independence situations were different. In Flanders there is a growing unease. Belgium is a unitary and non-federal state with autonomous regions in a status that doesn’t exist anywhere else in Europe except in Switzerland. The Brussels, Flanders and Wallonia regions are effectively independent.
In Scotland there wouldn’t be a problem because the British state would accept the results of a referendum. The Spanish haven’t accepted the referendum which was declared illegal, for good or for bad.

Europe and Russia
In a scenario of a weaker and fragmented Europe and over-reliant on natural gas from a highly armed and autocratic Russia, Russia is a “key issue”.
There is no Europe without Russia, he said. There can be a European Union without Russia but not a Europe without Russia. Russia is part of our culture too: in music, in literature, art where the pinnacle of European culture was also reached by Russia. In the 19th century they changed the paradigm with Tolstoy, Tchaikovsky or Rachmaninoff, a paradigm that is Western. Russia is not Eastern but Western in this respect.
“Russia believes it is a trustee of Rome, because Rome gave rise to Constantinople and this gave rise to Moscow. It’s not by chance that the Russian emperors were called Tsars – from Cesar – in a link to Grecian-Roman culture.
For Rangel there is no doubt that with the great mistrust and resentment on both sides, today the great stirrer in the life of the European Union is Russia. The Spanish party ‘Podemos’ was created with the support of Venezuela and Cuba (the group was inspired by the ‘Pink Tide’ which included Venezuela’s Hugo Chavez and Bolivia’s Evo Morales) with encouragement from Russia, the French National Front since the times of Le Pen was “bankrolled by the Russians”. Concerning Catalonia and the referendum, 80% of the online activity addresses were based in Russia and it’s evident that Trump has a “unique complicity” with Russia. Whenever there’s a problem — the Russians are not far behind while the cordial relations between Russia and Salvini are clear.
Bulgaria, Cyprus and Greece were influenced for Christian Orthodox cultural reasons while Hungary is Russophile.
“Russia had to carry out a number of economic reforms in Russia, turning it into a kind of China with a great advantage; Russia has natural resources that China doesn’t have”, he said.

Populism
Tension from migration, said Mr. Rangel, had encouraged populism in countries like Poland, Hungary, Romania and Slovakia, as well as the Czech Republic and even Malta, and had led to a subversion and control of the courts, domestic muzzling of the press, the legalisation of a number of behaviours that are highly discriminatory in terms of ethnicity and race and clearly an end to the fight against corruption.
“In these states the rule of law, human rights, the freedom of the press and independence of the judiciary are under threat and subject to a kind of light bullying”.
Mr. Rangel’s role as guest speaker at the ICPT lunch had greater relevance for local audiences because of what he had to say about the opposition centre-right PSD party’s position on Europe – a party which is expected to roundly lose the October general election against the current PS socialist government led by António Costa.
Several key PSD supporters were in the audience including its vice president Nuno Morais Sarmento, former PSD government figures Luís Mira Amaral and José Luís Arnaut, and the man likely to take over the leadership of the PSD from its president Rui Rio in the wake of an expected election defeat, Miguel Pinto Luz.
Mr. Rangel refused to be drawn by the media into the significance of these PSD heavyweights appearing at the lunch and merely said they were “worried about the current situation in Europe.” 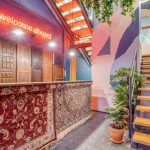 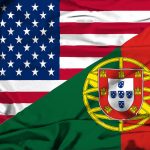 US investment in Portugal skyrockets 109%News
This website uses cookies for a better browsing experience, in continuing browsing you're accepting their use. Read More